How Can 5G Revolutionize App Development?

How Can 5G Revolutionize App Development? 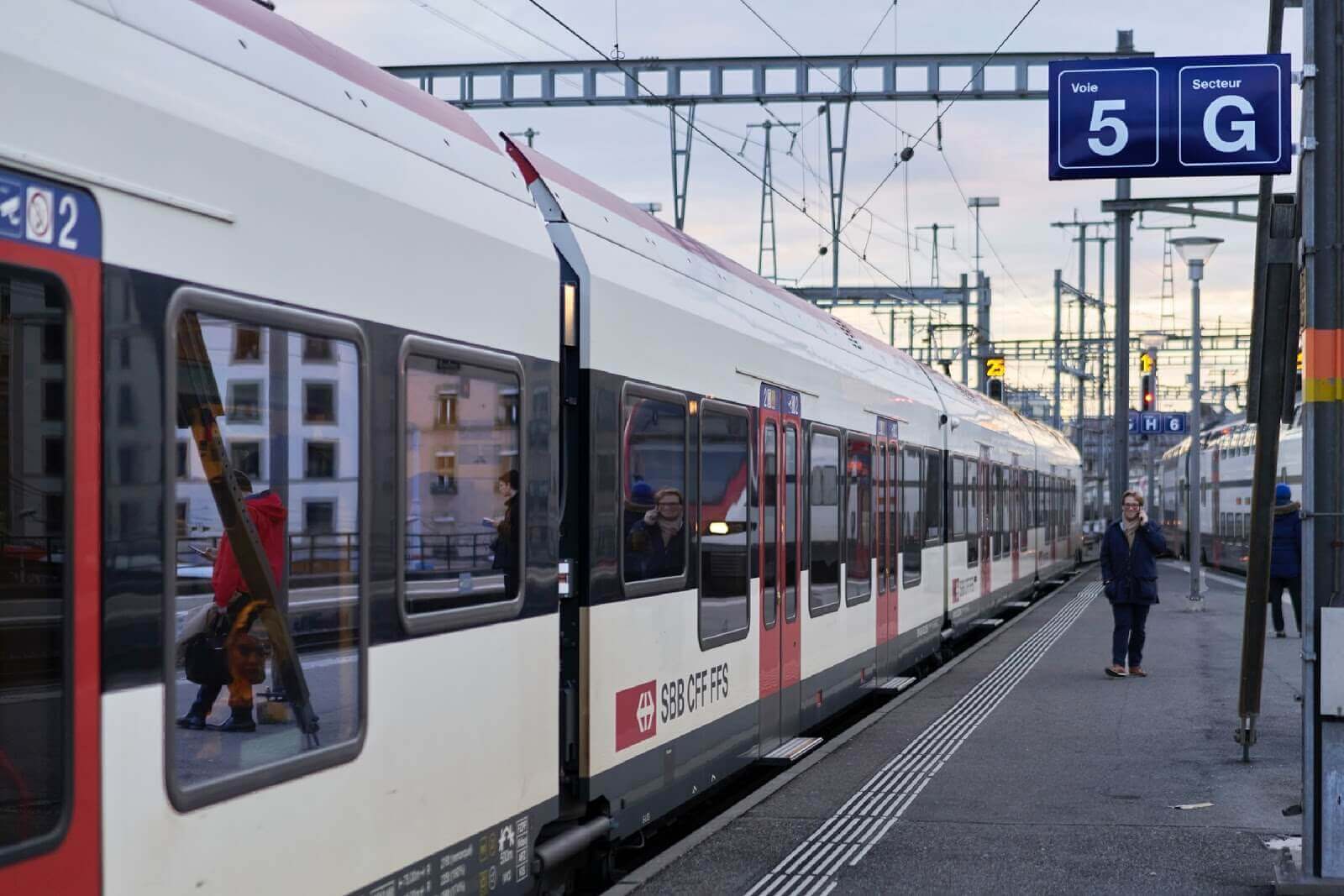 5G is more than just a simple upgrade in mobile technology. Many people claim it will lead to the Fourth Industrial Revolution in software development. The ever-rising download/upload speed brings something new for everyone. End-users will enjoy real-time video streaming and say goodbye to loading times. On the other hand, tech businesses and companies will receive a new tool that can accelerate the development of many new technologies.

The most exciting aspect of 5G is its integration in mobile app development. Faster and more reliable service opens many new doors. You can expect massive growth of augmented reality development and large always-online networks of devices in all shapes and sizes.

5G technology is not just a simple 4G upgrade. 5G uses different infrastructure that offers faster speeds, lower latency, and connecting more devices than ever. The last factor is probably the most important one. A hot topic in software development is IoT, where all devices connect to the Internet and become “smart,” leading to smart homes, smart grids, etc.

5G uses three spectrum bands: low, mid-band, and high-band spectrum, with possible speeds ranging from several hundred Mbps to 10 Gbps. The increase in speed is inversely proportional to penetration and coverage. So if cities want the best transfer rates, they’ll have to use more 5G towers.

How Can 5G Change the Tech World?

To analyze the effects of 5G on the tech world, we first need to look at its advantages:

The combination of these benefits is significant. When many devices are connected with low latency rates and high transfer speeds, the networks they form can have many purposes. Things like smart cities, smart traffic, and smart grids are the future. Cars will predict possible accidents, and law forces will catch criminals using license plate recognition. These technologies use data sharing and data science to benefit both consumers and customers. However, they are impossible to implement without connecting many devices in a stable, fast network. Below you’ll see the projected number of 5G devices from 2021 to 2025. Estimates say that 1.1 billion devices will use 5G in 2025, making 5G the perfect platform for the best data scientists. 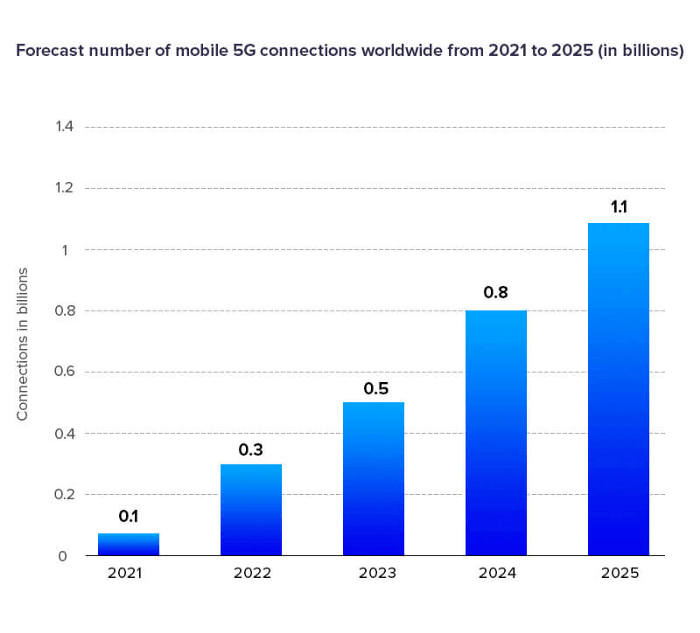 App developers already praise  5G as the next big thing in software development. High speeds bring short loading times, and they improve the user experience. Developers can also move their apps into the cloud. Cloud-based computing lifts the workload from users’ phones and into their servers. With high transfer rates, all computed data is transferred to users in real-time, making demanding applications possible on limited hardware.

5G and artificial intelligence go hand-in-hand as two world-shaping technologies of today and the future.  “AI is a huge priority,” said John Smee, data scientist and the head of 5G R&D in Qualcomm. “We are seeing a transformation happening, with AI going from the cloud to being distributed, such as on the edge or IoT devices.”

Qualcomm is already embedding artificial intelligence into their chips to improve battery life, security, etc. In 5G Labs at Verizon, data scientists are working on a virtual reality humanoid companion. It will have its personality, character, and it will communicate with users like a real human being. IBM worked with Samsung to create a 5G network to issue alerts to the police, firefighters, or ambulance. Artificial intelligence and data science were already exciting, but it’s just the beginning! 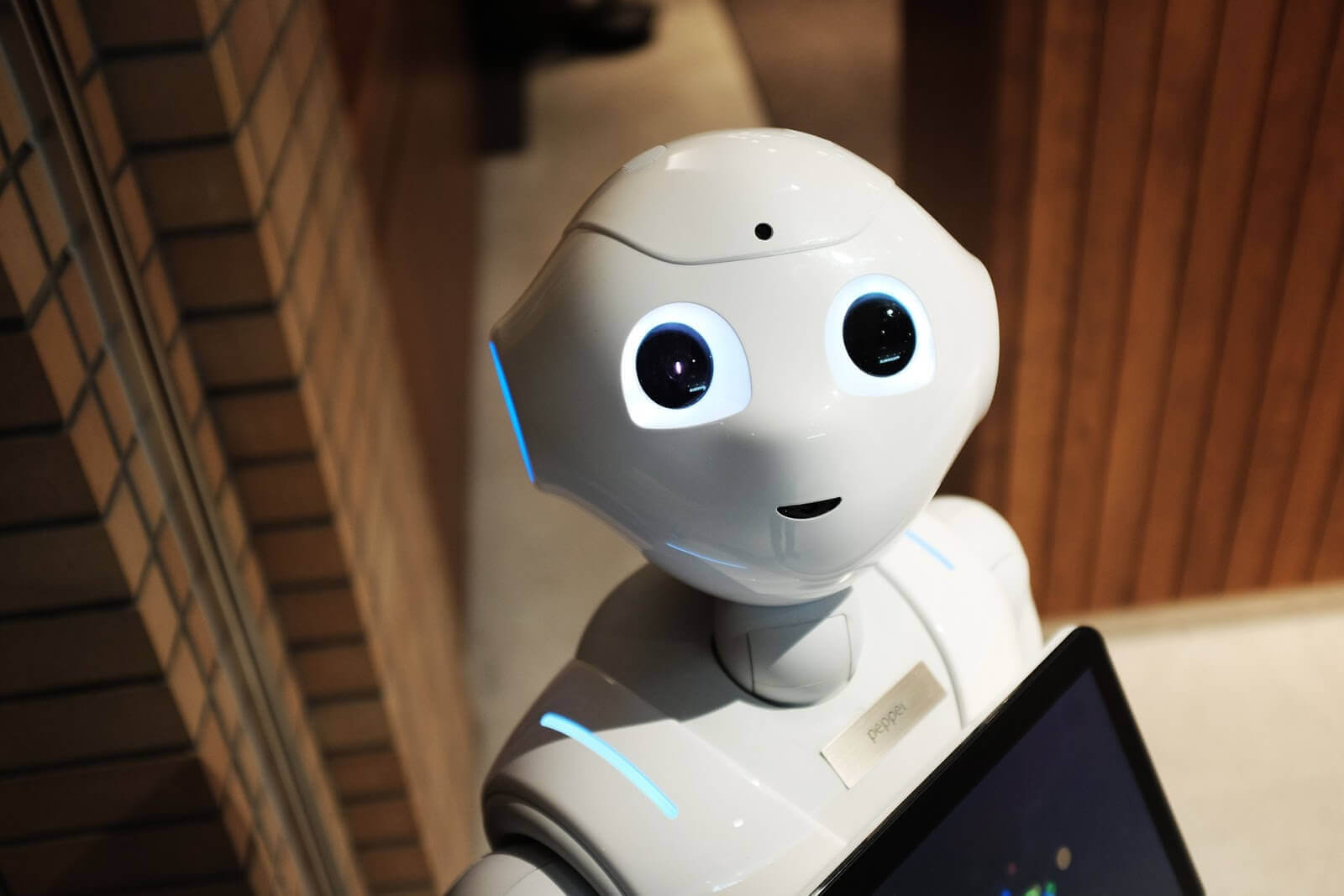 Cameras can easily record videos, but transferring and analyzing data in real-time is challenging. Data scientists and telecommunications engineers can work together to improve the performance of such computer vision systems. 5G-based improvements and enhancements in the data science behind the AI algorithms can accelerate real-time performance.

Imagine many systems with smart cameras that can make decisions based on what they see connected in a network. It creates “smart” traffic to help avoid accidents, and suggest routes for the most optimal daily commute. The data science behind it would be challenging, but nothing is impossible for the best data scientists. 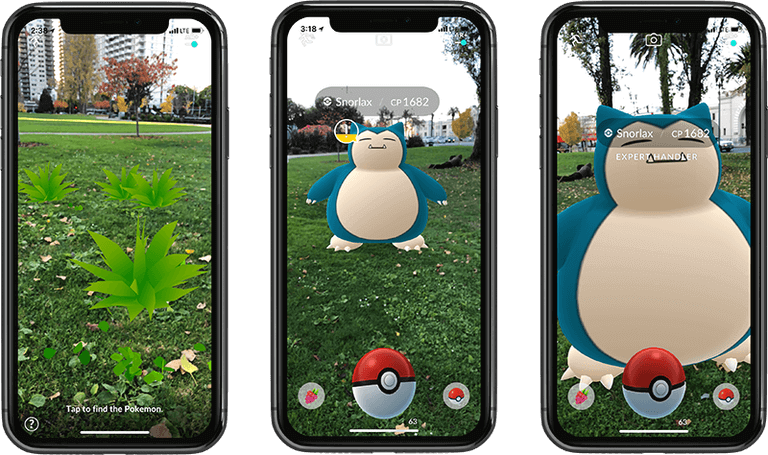 Today augmented reality is used not only in the gaming industry. Companies in home improvement, engineering, real estate, and other niches use AR applications to streamline operations, boost sales, and reduce mistakes their workers make. There are a lot of benefits businesses achieve with AR apps. To learn more about AR development and the issues it solves, check the article on how to create an augmented reality app for your business.

Virtual reality (VR) makes the digital world appear like the real world. It involves using a device like Oculus Rift to immerse users in the virtual setting. Unlike augmented reality, it completely shut down reality. It relies on virtual objects in a virtual environment.

You have probably seen these headsets and what they are capable of doing. However, it is still not something everyone wants to have. The devices are expensive and uncomfortable to wear on your head for lengthy periods. You cannot blame the developers, though. With all the computing, graphics processing, and displaying, we are lucky we can even pick it up and put it on our heads. The best solution to this problem is, of course, to shift the computing part to the cloud and hire the best data scientists for the job. 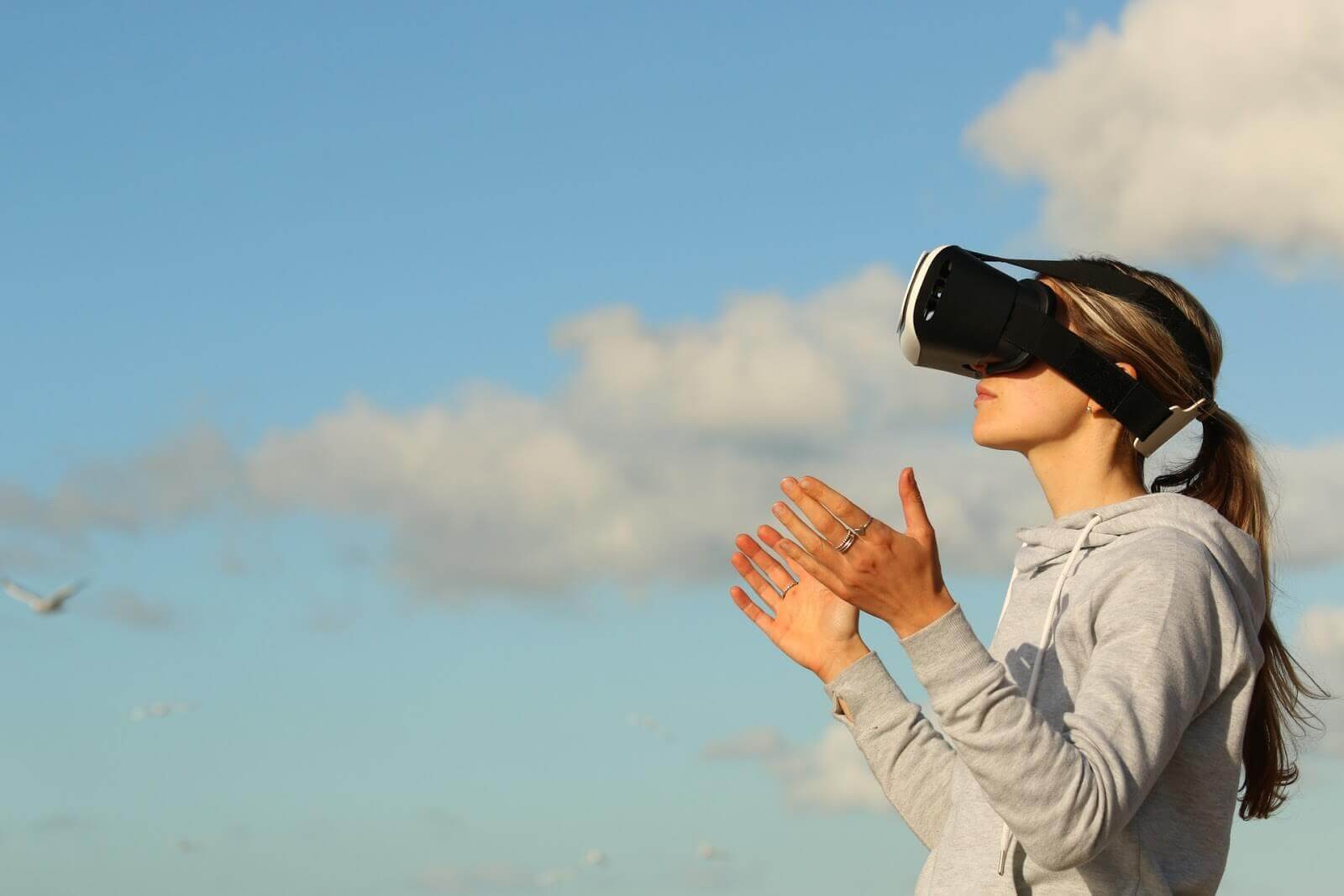 5G is the technology to turn to when you want to stream large amounts of data and keep the computing away from the users. When the VR device does not have to perform complicated computation, be sure its size, weight, and price can only go down. Augmented reality apps are somewhat less resource-demanding.

Qualcomm is in the spotlight here yet again. Some companies (NReal, Panasonic, Oppo) have launched headgear that uses USB-C to connect to smartphones. Android/iOS need to possess 5G capabilities and a Qualcomm Snapdragon 855 or 865 chipset. The devices are known as XR viewers, and they depend on 5G transfer speeds and low latency for cloud computing.

There are some limiting factors for further development in this direction:

Wireless connections cannot offer sufficient transfer rates to transfer data from the phone to the headset. A possible solution would be to use 5G on the headset itself, which would raise its price and increase dimensions.

Mainstream adoption of these technologies is impossible until 5G becomes a standard. Mobile data companies will have to lower the prices of data plans after 5G coverage is sufficient around the world. VR and AR technologies already have the reputation of being expensive.

AR and VR technologies interfere with the real world, where there is no lag. Excess lag in AR or VR system completely ruins the user experience. For VR users, it can even cause motion sickness. 5G offers 1 ms latency rates in a best-case scenario. But, not all 5G networks are the same, and they do not work in ideal conditions.

5G is more than its increased data transfer speeds. 5G is about an interconnected world. Each device is online, and it communicates with other devices. The impact of 5G will be huge, and it will change the world.

Artificial intelligence shares a similarity with virtual reality and augmented reality apps: they all process large amounts of data. Data science and computing behind these technologies require advanced hardware. Android/iOS smartphones are fast, but they are just not fast enough. 5G enables cloud computing as a viable solution in these scenarios. Data can be sent and received in real-time, and high-performance servers take care of the data science. It also goes to show that data scientists will have plenty of work to do in the future!

It is not just about transferring data faster. Many devices connected in a high-speed, zero-latency network open many doors to app developers. These devices can exchange intelligence and create smart systems that offer the most optimal solution for any problem and everyone. Data scientists behind these networks need to be absolute experts. The future is exciting, as long as you do not believe conspiracy theories about 5G frying your brain!