How to Hack AI?

Machine Learning Vulnerabilities That Nobody Talks About

With artificial intelligence used for consequential applications, concerns grow about security. Long ago were days when Deep Blue beat Gary Kasparov in a chess match, and it was considered a significant breakthrough. If AI makes a mistake in a recommendation system in the retail industry, it is tolerable. However, if a self-driving car makes a mistake, it can even lead to people getting injured or losing lives. So how to hack AI? In this article, we will discuss the vulnerabilities of machine learning.

The gravity of these AI applications calls for an extensive talk on machine learning security. A machine learning algorithm can propagate itself in many ways. People with malicious intentions can recognize specific flaws in an AI system. If they do that before data scientists who created it, the results can be catastrophic. Data science and cybersecurity tasks are to develop solutions to counter these attacks.

Artificial intelligence security problems often manifest themselves as exploitations of machine learning techniques. The algorithms are tricked into making a wrong assessment of the whole situation. When the input is wrong, the output contains wrong, or even fatal decisions. There are already four areas where AI attacks would deal the most damage: 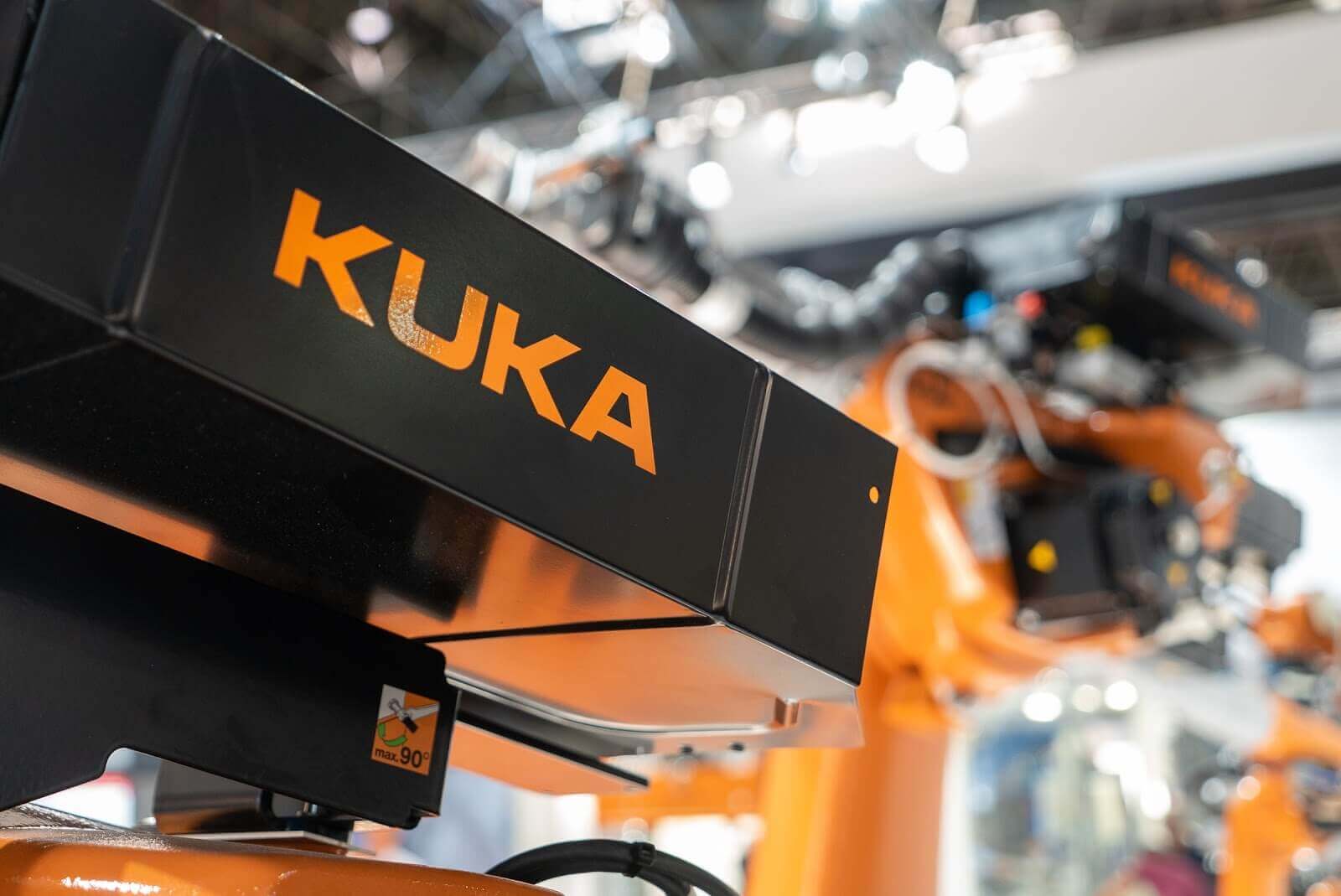 AI handles 75% network security solutions in international enterprises. Gartner predicts that the expenses related to cybersecurity and risk management will be as high as $175.5 billion by 2023.

With AI in charge of security solutions in IT, fooling these algorithms like circumventing security. It’s the reason why cybersecurity experts and data scientists need to work together to prevent that from happening. It’s like surprising YouTube’s recommendation systems by listening to a new genre of music! 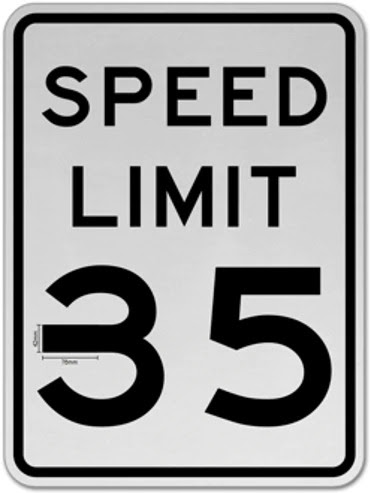 The human brain would effortlessly deduce that the speed limit is 35. But, machine learning algorithms still struggle with samples that deviate from the majority. This example might be synthetic, but it shows how damaged traffic signs represent potential AI's weak spot.

In most cases, machine learning algorithms can be fooled by manipulating the underlying pixels of an image. These changes are invisible to humans, but they lead the algorithm astray. Take a look below to see how the methods can make AI see a helicopter on a photo with four automatic weapons:

Credits: Is Fooling An AI Algorithm Really That Easy?

In some cases, you can fool these algorithms without using technology or image editing. Below you can see that the person on the left is recognized, but the person on the right, wearing a painting on his torso, isn’t. Machine learning techniques didn’t expect this, and it has led to the wrong decision. Deep learning/machine learning models rely on analyzing user behavior. Here is what happens when you don’t follow what the algorithm perceives as normal user behavior. Remember that AI-powered image recognition is also used in medicine. Exploiting its vulnerabilities might lead to a wrong diagnosis. 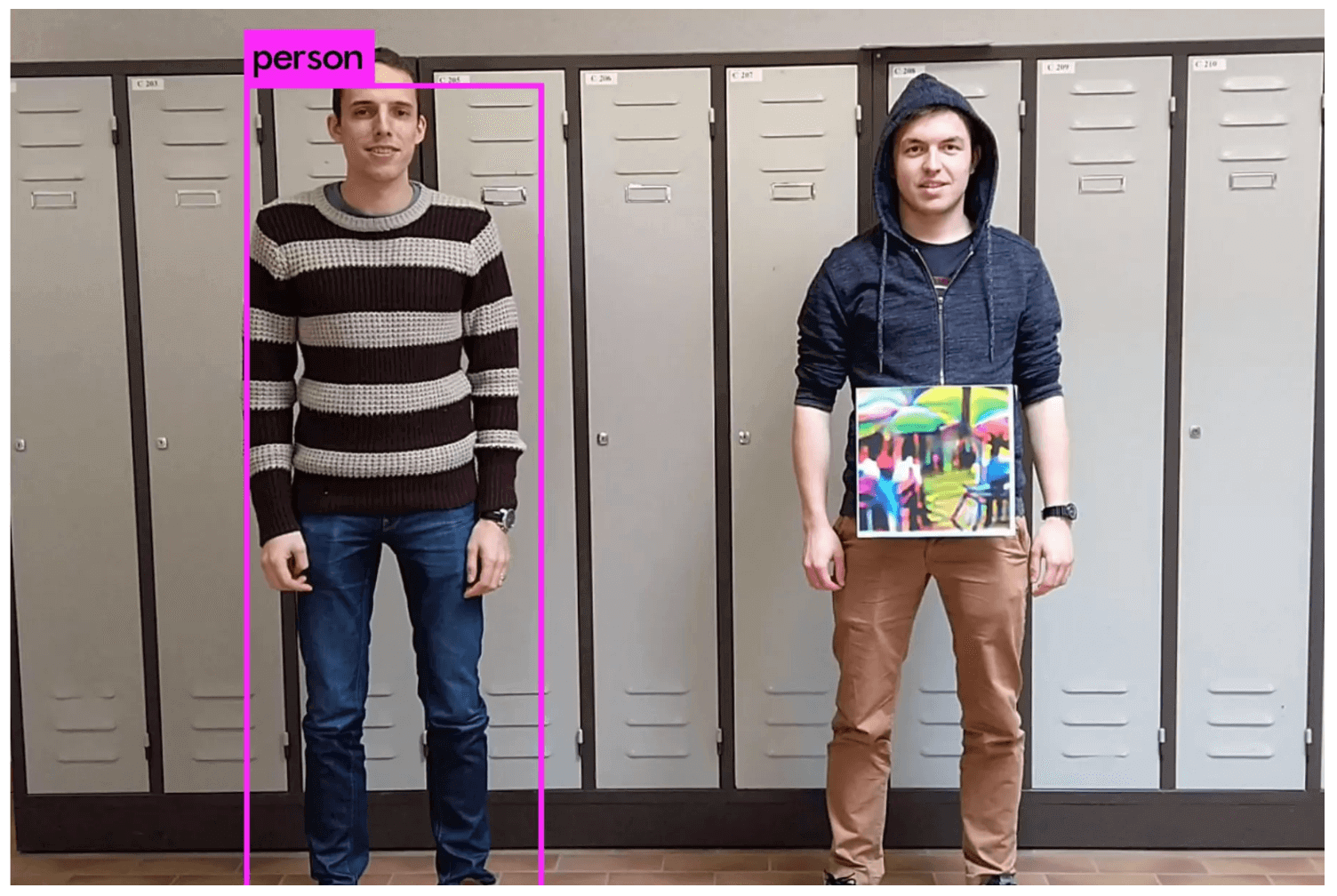 Credits: Is Fooling An AI Algorithm Really That Easy?

AI-Powered Hacking
The history of hacking shows that, as security protocols and tools get more sophisticated, hackers get more creative. Security specialists have started using artificial intelligence a while ago, and hackers are not far behind.

Fighting fire with fire might just be the winning tool for malicious hackers looking to exploit AI security algorithms. Machine learning techniques used for hacking can find bugs much faster than humans or conventional malware. If the security system is powered by AI, the process might take longer. However, the malicious algorithm goes through supervised learning from the security algorithm and fools it in the end. Generally, this approach can be useful without bad intentions in Generative Adversarial Network (GAN).

Major social networks already use machine learning techniques to detect the spread of fake news and hate speech. They might not be perfect, but the future should only bring improvements. The other side of the spectrum has people taking it one step further.

Anyone with a computer can manipulate tweets and images to harm another person’s reputation. However, many fact-checkers can detect these manipulations and shed light on the actual truth. Faking videos and the human voice is a new cybersecurity threat. There are videos of celebrities and politicians talking about things they never actually said. It’s called a deepfake. Check out this video of Obama and just think about the endless, mostly malicious possibilities with deepfakes. Generating text-to-speech with any voice is interesting if you don’t use it to create fake interviews like this one.

Hackers carry out AI attacks in two areas: inference and training. Attacks during the inference occur when the hacker knows a few things about the model. They then try side-channel and remote attacks using the model’s responses to various inputs. Training attacks struggle to change the model by corrupting the input data or the algorithm logic. Here, data mining takes the algorithm in the wrong direction.

There are three attack types hackers use to corrupt the machine learning algorithms:

Data scientists need to train machine learning algorithms against various threats.  It's important to stay safe against this variety of possible hacking attacks.

How to Make AI More Resilient?

Data scientists around the world are working on cybersecurity solutions to make AI more resilient to hacking attacks. Human analysts continually work on new threat detection methods with the help of threat intelligence. Many approaches work towards the same goal.  The goal is to prevent machine learning algorithms from being tricked easily. Proposed techniques vary, and they use dimensionality reduction, intrusion detection, etc.

The first advocated approach is to make AI more resilient by training it with adversarial big data. Let's start with an AI (machine learning/neural network/deep learning) model. It trains for potential security exploits by taking data inputs the hackers would normally use. The experience can come in handy to help the algorithm adapt before the actual threat appears. This way, when hackers try to exploit the algorithm, it will be ready and recognize that someone is trying to exploit its weaknesses. There are two ways data scientists and cybersecurity engineers work with adversarial big data:

Using artificial intelligence in important sectors requires special attention to cybersecurity. In certain areas, AI mistakes are tolerable and even useful for future development. In other areas, mistakes cost money and financial, psychological, and physical damage.

Data science companies have already tricked many machine learning algorithms, and it’s not like they had such a difficult time. From traffic sign recognition to reading ECG, the consequences of AI mistakes can be rather costly. New cybersecurity threats emerge every day. Data scientists must come up with threat detection systems before they take control.

Fighting hackers is demanding, and it will never end. Some people use deep learning models as security solutions. Other people with malicious intentions use it to go around our defenses. It’s a never-ending war that comes down to who has better machine learning techniques. Big data science companies should invest in fulfilling their cybersecurity tasks. Investments in data science and cybersecurity intelligence are more important than ever. Deep learning models and neural networks can sometimes perform eerily human-brain-like. But they can also fail easily, so we should not fear its world domination in the next couple of years!